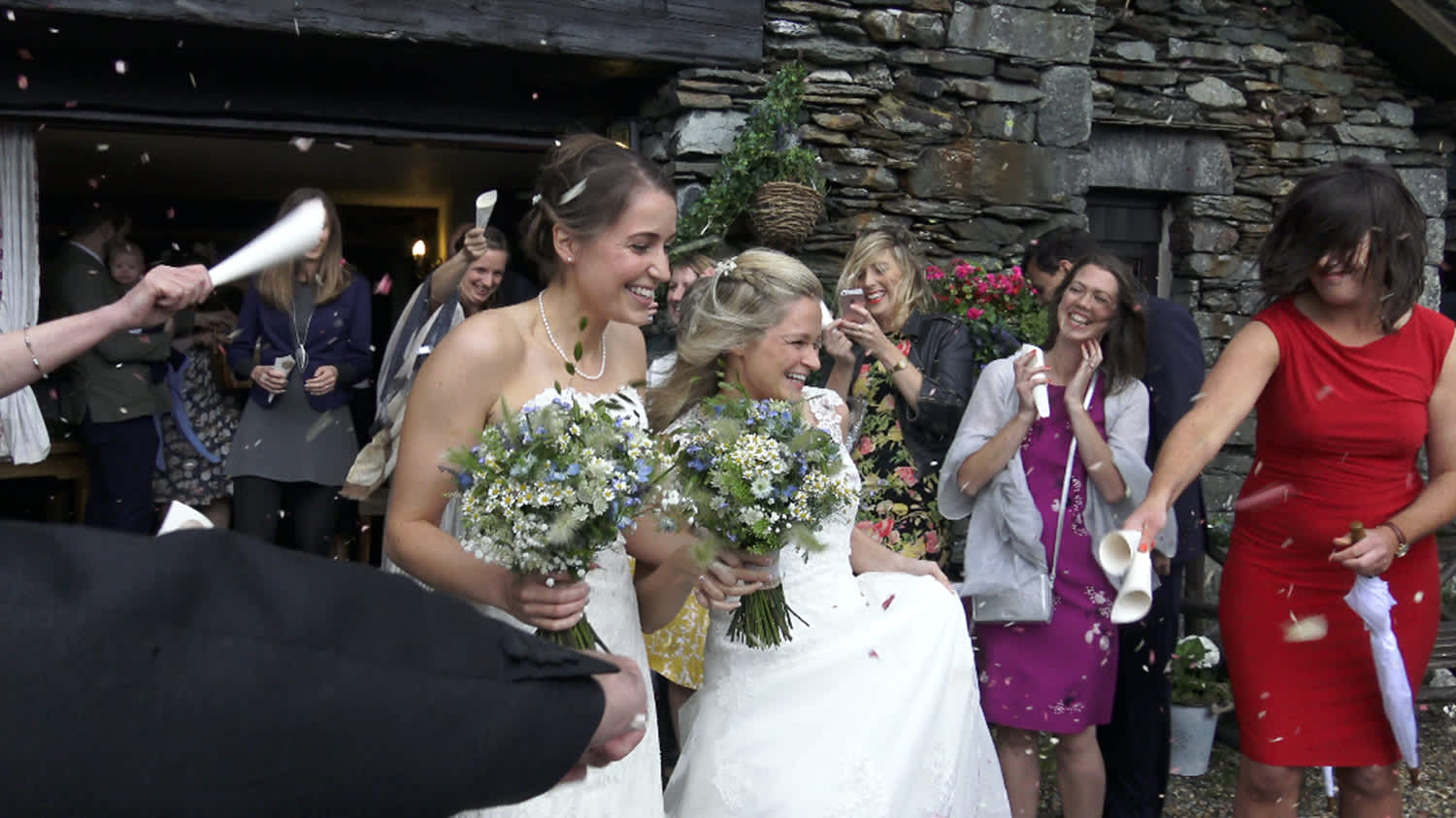 I feel like every wedding video I edit is my favourite but Tess and Morag’s was just an absolute delight.

I was so excited when Morag’s auntie, Sarah, contacted me about getting one of the Rockstar Wedding Packages as a gift for the girls, because their wedding sounded so fun… and I was not disappointed.

As soon as the footage arrived, I couldn’t wait to watch it back. The girls had such lovely touches on their big day, from all of the little decorations around the venue to help from the Pimms Crew and even wearing the same shoes.

And on top of that, it was all set to the most stunning backdrop in the Lake District.

So, it’s supposed to be lucky if it rains on your wedding day, isn’t it. Tess and Morag are set for a lifetime of happiness then as the weather for their big day was not on its best behaviour!

But these girls weren’t letting a bit of rain and gale force winds stop them from enjoying themselves. I was laughing along with them as they were almost swept off their feet during the confetti throw.

It’s hard to watch their day back and not sit there with a smile plastered on your face.

I lost count of the amount of times I shouted Gaz in from the other room to come and look at some of the footage because it was just so cute!

Congratulations ladies, it was a pleasure to edit your special day. Hayley x

My favourite parts of this wedding were…

Not one but TWO gorgeous brides

THAT location. Just stunning. What a backdrop for the photos

Those lovely looks during the ceremony

A bit of freestylin… (stealing this move)

Leaving in a shower of sparklers!